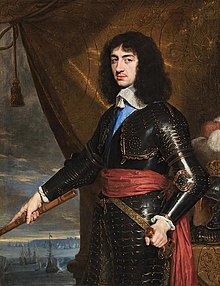 On this day in 1672, Charles II of England issued his first declaration of indulgence, suspending Parliament’s legislation against Catholic and Protestant dissenters.

The Royal Declaration of Indulgence was Charles II’s attempt to extend religious liberty to Nonconformists and Roman Catholics in his realms, by suspending the execution of the Penal Laws that punished Recusants from the Church of England. Charles issued the Declaration on 15 March 1672.

It was highly controversial and Sir Orlando Bridgeman, son of a bishop, resigned as Lord Keeper of the Great Seal, because he refused to apply the Great Seal to it, regarding it as too generous to Catholics.

The Cavalier Parliament in 1673, compelled Charles to withdraw this declaration and implement, in its place, the first of the Test Acts (1673), which required anyone entering public service in England to deny the Catholic doctrine of transubstantiation and take Anglican communion.