For only the second time since they were initially promulgated, the Complementary Norms for the apostolic constitution Anglicanorum Coetibus have been updated, and the two provisions of Popes John Paul II and Benedict XVI for Catholics of the Anglican tradition have thus been confirmed and strengthened by the Holy See. 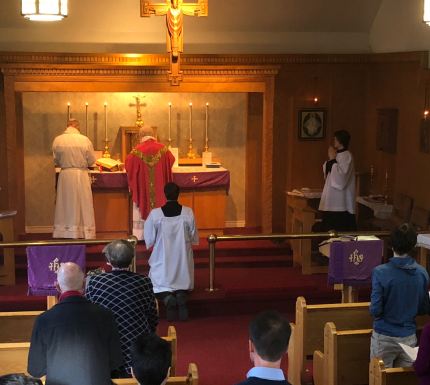 Some of the changes made to the norms are somewhat cosmetic but others reflect, for the most part, current practice, thus entrenching what is already normally done in the ordinariates. The most important of these changes explicitly link the Ordinariate to the Pastoral Provision and affirm the Catholic identity of the Anglican liturgical tradition belonging to the ordinariate.

Back in November 2009, the constitution and its norms were released at the same time and came into effect simultaneously. Since then the Complementary Norms have been updated only once, under Pope Francis, in May of 2013, when a single clause was added specifying that cradle Catholics may join the ordinariate in certain circumstances. [The previous §2 (2009) then became §3 (2013), and because of these latest changes is now §4 (2019).]

Art 5. §2. A person who has been baptized in the Catholic Church but who has not completed the Sacraments of Initiation, and subsequently returns to the faith and practice of the Church as a result of the evangelizing mission of the Ordinariate, may be admitted to membership in the Ordinariate and receive the Sacrament of Confirmation or the Sacrament of the Eucharist or both.

What has changed with the 2019 revision

With this latest update, a series of minor changes have been made, streamlining the text of the Complementary Norms and bringing it more closely into alignment with other existing ordinariate texts and practices.

A couple of the changes are merely cosmetic improvements to the formatting of the text. The lists in Article 12 [The Governing Council] are now itemized with numbers [1. 2. 3. &c.] instead of letters [a. b. c. &c.], as in:

§2. In addition to these responsibilities, the Ordinary needs the consent of the Governing Council to:

Subsection 3 in that same article has also been changed from a one-item list into a clean sentence.

[2009/2013]
§3. The Ordinary also consults the Governing Council
a. concerning the pastoral activities of the Ordinariate and the principles governing the formation of clergy.

[2019]
§3. The Ordinary also consults the Governing Council concerning the pastoral activities of the Ordinariate and the principles governing the formation of clergy.

Most of the changes alter the text of the norms to bring them into conformity with better practice or to confirm what has already been done or stated elsewhere.

The ‘Anglican common identity’ in the Catholic Church, which was first made possible by the 1980 provision, is thus clearly shown as belonging equally to Pastoral Provision priests, ordinariate clergy, and all former Anglican ministers. In addition, the end of the clause emphasizes the full diocesan nature of the ordinariates. Catholics belong to either the ordinariate or the diocese, not both. 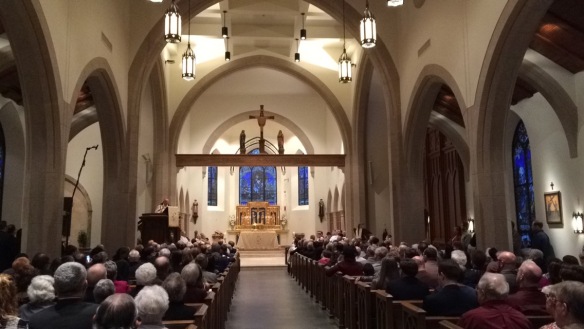 This revised clause will also hopefully encourage and facilitate the transition into the ordinariate of any Pastoral Provision priests looking to deepen their involvement with the Anglican patrimonial community. Our sacramental and religious unity as fellow Catholics is unaffected by whether or not they serve as diocesan clergy or as ordinariate clergy, but there is a unity of community, culture, and tradition that would be strengthened by the bringing together of all those of Anglican origin or culture.

Just as in 2013, Article 5 once again receives a new clause. This new addition, however, merely makes explicit what has already been the case. Each ordinariate, being a particular church, has the same faculty of any other church to evangelize and receive people into full Catholic communion. Those who are not from an Anglican background are nevertheless entirely eligible to become Catholic in and through the ordinariates. In so doing, they also inherit the Anglican patrimony and become Catholics of the Anglican tradition. This new clause confirms this and shows the ordinariate to be a living, growing church.

Article 5. [The Faithful of the Ordinariate] §3. A person, who has been validly baptized in another Ecclesial Community outside of the Catholic Church, and subsequently desires to enter into full communion with the Catholic Church through the evangelizing mission of the Ordinariate, may be admitted to membership in the Ordinariate upon reception into full communion and conferral of the Sacraments of Confirmation and Eucharist. Also, this applies to the case of those not being validly baptized that have come to the faith through the evangelizing mission of the Ordinariate and therefore receive in it all of the sacraments of initiation.

Article 10 has also been cleaned up a bit. The phrase ‘candidates for priestly ordination’ has been replaced by ‘ordinariate seminarians’, and the language has been relaxed somewhat.

Article 10. [The Clergy]
[2009] §2. Candidates for priestly ordination will receive their theological formation with other seminarians at a seminary or a theological faculty in conformity with an agreement concluded between the Ordinary and, respectively, the Diocesan Bishop or Bishops concerned. Candidates may receive other aspects of priestly formation at a seminary program or house of formation established, with the consent of the Governing Council, expressly for the purpose of transmitting Anglican patrimony.

[2019] §2. Ordinariate Seminarians will receive their theological formation with other seminarians at a seminary or theological faculty in agreement with the Diocesan Bishop or Bishops concerned. Candidates may receive other aspects of priestly formation at a seminary program or house of formation established, with the consent of the Governing Council, expressly for the purpose of transmitting Anglican patrimony.

The changes to Article 10 all move the language closer to actual practice, and importantly reassert that we have our own programs of ongoing formation, supplemented by diocesan programs as required.

§4. The Ordinary may accept as seminarians only those faithful who belong to a personal parish or community of the Ordinariate or who were previously Anglican and have established full communion with the Catholic Church.

§5. The Ordinariate sees to the continuing formation of its clergy, through their participation in local programs for formation provided by the Episcopal Conference and the Diocesan Bishop, as well as in their own programs of ongoing formation.

The only lamentable change in the revised norms is the omission of the previous Article 11 §3, which suggested former Anglican bishops be invited to Bishops’ Conference meetings and given status equivalent to retired bishops. [With this deletion of §3, the previous §4 is renumbered as §3.]

The norms do still state that a former Anglican bishop, even if not consecrated as a Catholic bishop or appointed as ordinary, can request permission to continue to use his episcopal insignia and can assist the ordinary in the administration of the ordinariate. While there is no reason a Bishops’ Conference couldn’t still recognize former Anglican bishops and invite them to participate in their meetings, it seems odd to drop this clause given it in no way mandated an episcopal conference to do anything at all, leaving such matters up to the discretion of the Catholic bishops of a particular country. Does this deletion possibly send an unfortunate ecumenical signal on some level?

The biggest change to the text of the Complementary Norms is the addition of a whole new article in three clauses on the liturgical rite proper to the ordinariate. While this article is new to the Norms, it is not new content for the ordinariates, as the texts, restrictions and permissions contained therein are already to be found in ordinariate praxis and liturgical books.

Article 15 [The Celebration of Divine Worship]

§1. Divine Worship, the liturgical form approved by the Holy See for use in the Ordinariate, gives expression to and preserves for Catholic worship the worthy Anglican liturgical patrimony, understood as that which has nourished the Catholic faith throughout the history of the Anglican tradition and prompted aspirations towards ecclesial unity.

§2. Public liturgical celebration according to Divine Worship is restricted to the Personal Ordinariates established under the Apostolic Constitution Anglicanorum coetibus. Any priest incardinated in an Ordinariate may celebrate according to Divine Worship outside the parishes of the Ordinariate when celebrating Mass without a congregation, or publicly with the permission of the rector/pastor of the corresponding church or parish.

This new Article 15, especially its first clause, offers some definition and explanation for the ordinariate’s liturgical life and in so doing conveys three essential aspects of the ordinariate church and its liturgy. These are: 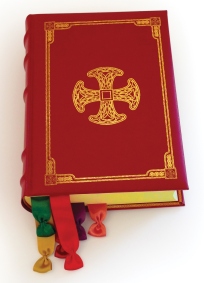 Of course, none of this is new. All of the above is contained implicitly or explicitly throughout Anglicanorum Coetibus in its letter and spirit, as well as in everything that has transpired since 2009 in the life of the ordinariate church and community. Even more, the actual text of the key clause of Article 15 is taken verbatim from Divine Worship: The Missal itself. What was thus taught by the liturgical book is now taken up and taught in the exact same words by the law as well. It is an entrenchment and confirmation of that which is taught therein.

This should encourage Catholics of the Anglican tradition. The Anglican ordinariates are settling into their own identity and heritage as we develop and take root as a Catholic church. Our clergy have the right and privilege to celebrate using our liturgy, but other clergy may do so too when asked by our people, as §2 & §3 (and established practice) confirm. Our priests may celebrate our liturgy in other churches with the permission of the pastor. Our people may set up new communities and parishes wherever they may be, and our seminarians can be formed in the Anglican tradition in dedicated houses of formation run by the ordinariates. These are all marks of a church that is given freedom and encouragement to grow and to thrive.

In the wake of the revised Complementary Norms being released, there were concerns expressed that various aspects of the ordinariate provision were being changed, revoked, or undermined. Yet apart from the above, nothing substantive has changed. The standard for the ordinariates, as part of the Latin Church, remains a celibate priesthood. Yet permission can still be requested on a case-by-case basis for the ordination of married men. In fact it has already happened on more than one occasion that married men who were never themselves Anglican ministers have been priested for the ordinariates. Our ability to establish seminary programs and houses of formation to transmit the Anglican tradition remains. Our liturgical provision continues to develop and expand as the Anglican patrimony is explored and brought into Catholic use. Every major aspect of the gift of the ordinariates and the Anglican patrimony in the Catholic Church remains undiminished.

In re-reading the norms governing ordinariate life, one is struck by a renewed sense of gratitude for what God has given us in the Catholic Church. We can even chuckle at the amusingly erroneous sign-off (“The Supreme Pontiff Benedict XVI” in 2009, but “The Supreme Pope Francis” in 2019), or appreciate the passage of time in seeing the name Ladaria on the 2009 document as CDF Secretary, but that same name on the 2019 document as Prefect.

But a little more poignantly, it should be noted that these latest norms were promulgated, or legislated, on March 19th, the Feast of St Joseph, patron of the universal Church. May he pray for us and express our gratitude to the Lord for what he has given us Catholics of the Anglican tradition and confirmed for us repeatedly over these past ten years.